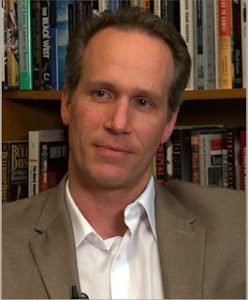 William Kenower is the author of Write Within Yourself: An Author’s Companion and Editor-in-Chief of Author  magazine, an online magazine for writers and dedicated readers. He writes a popular daily blog for the magazine about the intersection of writing and our daily lives, and has interviewed hundreds of writers of every genre.

He also hosts the online radio program Author2Author where every week he and a different guest discuss the books we write and the lives we lead.

Write Within Yourself  is getting great reviews! Two of our favorites blurbs are below:

“This is a book you’ll want to keep on your nightstand or desk, always available, ready to inspire you.”  — Erica Bauermeister

“These stories and essays can’t help but land in the heart of the reader.” — Laura Munson 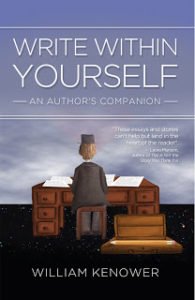 What Isn’t There
by William Kenower

During my brief tenure at Concord Films, B Movie King Roger Corman’s small but profitable film company, I had one opportunity to get close to the great one himself. His personal assistant needed two hours for a doctor’s appointment, and I was recruited to man the desk. It was my Big Chance. Corman and I would fall to chatting, and being an insightful, streetwise Hollywood mogul, he would spot my intelligence and moxie—and the rest would be history.

It turns out my job was to sit at a desk ten feet from his closed door and answer the phone. The assistant whose job I was filling explained to me that unless the person on the other end of the line was one of Mr. Corman’s children, I was to apologetically inform the caller that Mr. Corman was “in a meeting.”

For two hours I answered call after call, apologized for Mr. Corman’s indisposedness, and recorded the callers’ names and numbers in a kind of ledger I suspected would never be read. I felt as if I had been recruited into the role of soulless gatekeeper in a Kafkaesque drama. The assistant returned from the doctor and reclaimed her chair. Corman’s door remained closed.

Years later I was flipping through my son’s copy of Top 100 Horror Movies, whose forward, lo and behold, had been written by Corman, who waxed nostalgic for the days when filmmakers were forced to frighten their audiences with what wasn’t there. “It’s [the audience’s] imagination that does the heavy-lifting,” he wrote, “not some digital effects house in Hollywood.”

I have to agree with my old boss. We always frighten ourselves in this way—filling in the details of an unwritten future with nightmares we dream today. When the nightmares don’t come true, we usually forget we ever dreamed them.

I can’t think of Corman without seeing that closed door. Like so many executives, editors, and agents, he can easily become one of those monsters hiding in the shadows of his early films, a cold closed door of a soul, uninterested in the aspirations of new talent—not a busy man, hoping for a call from his children.

Listen to the replay. Our entire interview archive can be down­loaded from iTunes.