Relax, You’re Going to be Criticized

What are you bracing against?
The Practice:
Relax, you’re going to be criticized.
Why?

The title of this practice is a little tongue-in-cheek. What I mean is, most of us – me included – spend time worrying about criticism: past, present, and even future. Yes, try hard, keep agreements, “don’t be evil,” etc. But sooner or later – usually sooner – someone is going to point out the error in your ways. Often in subtle versions that still have an implicit criticism, such as giving advice, helping or teaching when you don’t really need it, making corrections, comparing you negatively to others, or focusing on the one tile in the mosaic of your actions that’s problematic while staying mum about the 99 other good tiles.

In other words, criticism is unavoidable. Sometimes we take it in with good grace, other times it stings, and sometimes both are true. As profoundly social human animals, it is natural for criticism to sting sometimes. But whatever sting is inherent, we add to this pain with the jabs we give ourselves.

This “bonus pain” – a self-inflicted wound – includes continuing the criticism inside your head long after the other person has moved on. Or pounding on yourself way out of proportion to what happened; on the highly technical 0-10 Messing Up Silly Scale (MUSS), what you did was a 2 but on the related 0-10 Fiercely Undoing Self-worth Scale (FUSS), you are lambasting yourself at a 5 or even 10: not fair at all. Or ignoring all your many other good qualities – the other 99 tiles – while ruminating about the criticism.

We also jab ourselves with needless pain when we brace ourselves against possible future criticism, or play needlessly small to avoid it. In many cases, the criticism is never going to happen or it’s very unlikely or even if it did happen it would not be a big deal. We tend to transfer into adulthood expectations we acquired as children, or as younger adults. Maybe there was a lot of criticism from someone back then but you’re probably in a different place today. I’ve spent way too much of my life hunkering down or over-preparing to preempt an anticipated shaming attack . . . that would not occur anyway.

And even if the criticism does come, will it actually be the terrible experience you dread? Usually not. You can roll with it, take what’s useful, form your own conclusions about the person making the criticism, learn and move on. Accepting criticism as inevitable and refusing to live under its shadow will free you up and make you happier.

How?
When criticism, even subtle, comes your way, pause and try to sort it out in your own mind so you’re sure you understand it. Sometimes criticism is narrow and specific, but often it’s vague, general, and has multiple things mixed up in it (e.g., some statements are accurate but others are exaggerated, tone, content, rationale, values). Slow down the interaction so it doesn’t go off the rails. The ancient emotion centers in the brain get about a two second head start over the more recent logical centers, so buy yourself some time for all the resources inside your head to come on line. Meanwhile, shore yourself up by thinking about people who like or love you, and by remembering some of the many ways you do good and are good.

Once you understand the criticism in its parts and aspects, make your own unilateral decision about it. A fair amount of the criticism that comes your way is flat out mistaken. The other person is wrong on the facts or doesn’t understand the larger context. Think of the many scientific theories that were initially scorned but have proven correct over time.

Of the criticism that remains, some is preferences or values disguised as thoughtful suggestions. For example, when you’re driving, suppose the passenger says you should slow down or speed up when actually you are perfectly safe and the other person just likes it slower or faster. Some people value closeness more than others; just because you like more cave time than your partner doesn’t make you cold or rejecting; nor is your partner smothering or controlling; it’s just a difference in values: grounds for inquiry, compassion, and negotiation, but not criticism.

Another chunk of criticism coming at you is thoughtful suggestions disguised as moral fault finding; now your passenger says you should be ashamed of yourself for endangering others when in fact all you need to do is back off another couple of car lengths from the car in front of you on the freeway; you’re not reckless but could be more skillful.

Then there is that which is worthy of healthy remorse. It’s up to you to decide what this part is. Feel what’s appropriate, learn the lesson, make amends if they’re called for, know that you’ve done what you could, ask yourself how much remorse or shame you’d want a friend to bear who did whatever you did, and then see if you can ask no more or less from yourself.

Knowing that you can handle criticism in these ways, let yourself be more open to it. Don’t stonewall or intimidate others who have a criticism for you; then it just festers or bursts out in other ways.

But also don’t walk on eggshells to avoid trouble (unless you’re in a dangerous situation, which is a different sort of problem) or obsess or over-plan to make sure you make no mistakes. A close friend is an extremely successful professor at a top-of-the-food-chain elite university, and I asked him once what led to his success. He said that while his colleagues/competitors were perfecting their one paper, he was finishing three of his own; one of these would be rejected for publication, one would come back with corrections he could make, and one would be accepted immediately; then when the inevitable criticisms did come down the road, he’d already moved on to his next three papers.

Mostly, just recognize that criticism in its various forms and flavors (and smells) is a fact of life. So be it. Our lives and this world have bigger problems, and much bigger opportunities. Time to live more bravely and freely. 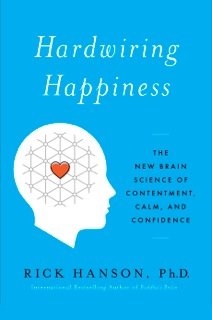 Rick Hanson, Ph.D., is a neuropsychologist and author of Hardwiring Happiness: The New Brain Science of Contentment, Calm, and Confidence (from Random House in October, 2013; in 4 languages), Buddha’s Brain: The Practical Neuroscience of Happiness, Love, and Wisdom (New Harbinger; in 24 languages), Just One Thing: Developing a Buddha Brain One Simple Practice at a Time (New Harbinger; in 12 languages), and Mother Nurture: A Mother’s Guide to Health in Body, Mind, and Intimate Relationships (Penguin). Founder of the Wellspring Institute for Neuroscience and Contemplative Wisdom and an Affiliate of the Greater Good Science Center at UC Berkeley, he’s been an invited speaker at Oxford, Stanford, and Harvard, and taught in meditation centers worldwide. A summa cum laude graduate of UCLA, his work has been featured on the BBC, NPR, CBC, FoxBusiness, Consumer Reports Health, U.S. News and World Report, and O Magazine and he has several audio programs with Sounds True. His weekly e-newsletter – Just One Thing – has over 89,000 subscribers, and also appears on Huffington Post, Psychology Today, and other major websites. For more information, please see his full profile at www.RickHanson.net.