It was Ash Wednesday and I was working from home all morning.  Procrastinating, I logged on to Facebook and read a spate of status updates from people who were giving up chocolate, caffeine and even Facebook for Lent.  Shortly before noon, I arrived at my son’s classroom to volunteer and ran into a friend who was taking her daughters to church during the lunch/recess hour.  When I asked her what she was giving up for Lent, she said that she was not speaking about other people.

Giving up gossip?!  That struck me as an enormous task to undertake for just one day, let alone an entire season of penitence. It is not that refraining from eating chocolate, drinking coffee and wasting time on Facebook are insignificant sacrifices.  It’s simply that I found my friend’s choice to be on an entirely different spiritual plane.  Her decision to limit her topics of conversation would affect her and anyone with whom she interacts during Lent.  She had already affected me.  In addition, I assume that people sacrificing foods and material pleasures would likely return to their habits of indulgence after Easter.  But my friend’s foregoing of gossip for several weeks had the potential to impact her everyday social interactions well beyond Holy Week.  She would now be poised to find the Divine in others. 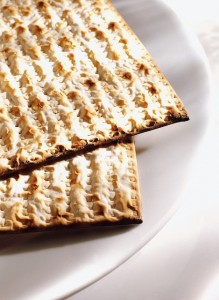 The Wednesday before Passover, I heard from another friend who sought spiritual transformation– in her case by baking matzah for the Seder.  Realizing that preparing the dough and baking it into loaves within the 18 minute time-limit would require more than one pair of hands, she convinced another friend to join her in the endeavor.  Together they were able to make 14 handmade loaves.  Later that day, as they reflected on their shared experienced with me, both women remarked that they were surprised by how much the matzah preparation of previous generations of Jews depended upon communal cooperation.  By reclaiming the baking of matzah at home, these women deepened their friendship and, I believe, brought God a little closer to home, too.

In a recent New York Times article about Christians who were performing community service as a form of religious expression during Lent, the Reverend James Martin was quoted as saying that “anything that can help someone experience God in a new way, a surprising way, is very helpful.”  I couldn’t agree more.  These friends have reminded me that a person who seeks spiritual transformation alone is admirable, and a person who seeks to share in the spiritual transformation of her friends is truly righteous.

This reflection first appeared on www.pamelagottfried.com in March 2010.